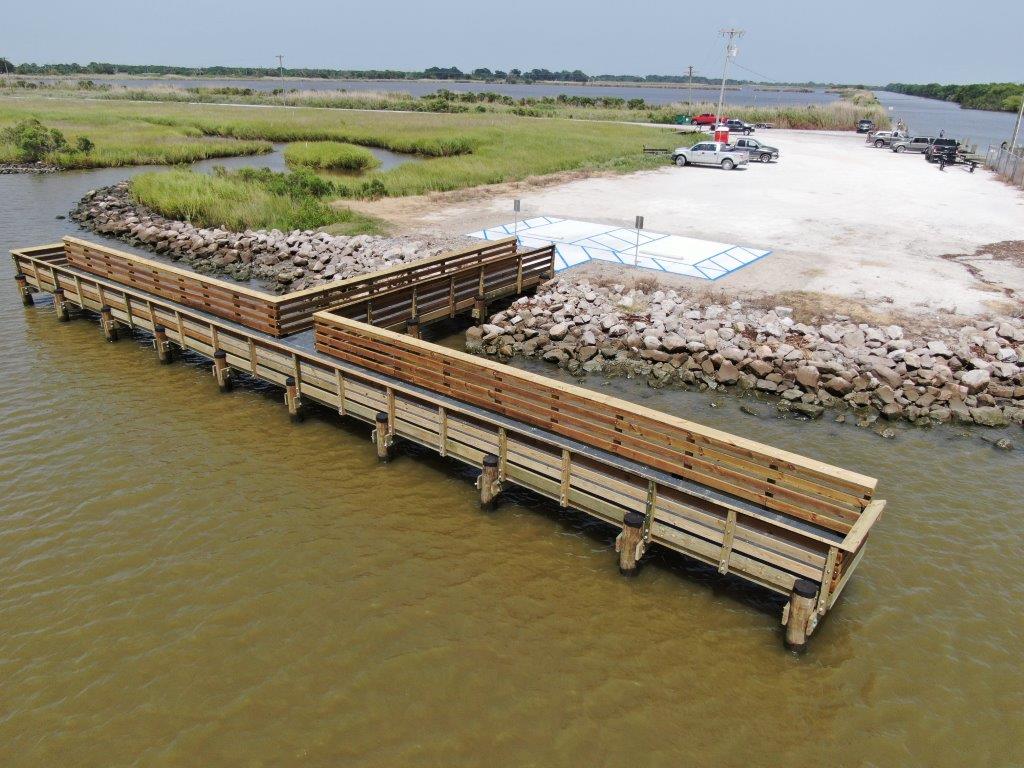 Rockefeller Wildlife Refuge has long been a fishing hotbed for the public in southwest Louisiana and Cameron Parish. With the completion of recreational enhancements last week at Rockefeller, there are now more spots for the angling public to enjoy, including two handicap accessible fishing piers.

Three new fishing piers/boat docks opened last week at Rockefeller, including the Unit 4 and Mud Hole Structure on Penzoil Canal and East End on Joseph Harbor Canal. There are new handicap-accessible fishing piers/boat docks at Unit 4 and the East End pier. In addition, signage has been added throughout Rockefeller. Eighty-eight signs were installed, including six for educational purposes and 82 for location and navigation.

“Rockefeller has long been a favorite fishing spot for so many people in that area of the state,’’ LDWF Secretary Jack Montoucet said. “We’re pleased that we’re able to increase the opportunity for the public to enjoy one of the nation’s most unique wildlife refuges. The new signage will not only assist in letting the public find their way around Rockefeller, it will also help educate folks on how we, along with our other partners, preserve this coastal treasure.’’

The project includes about 560 feet of new piers at three locations within the Refuge. Past pier enhancements for recreational fishing and observation within Rockefeller have been successful and well received by the public.

The new piers are of similar design to piers recently developed in Rockefeller. The new signage can be found at the entrance of the Price Lake Road, East End Locks Road, Joseph Harbor Boat Launch and along other roads and canals in Rockefeller.

Because coastal erosion is a particular concern within the refuge, the educational signage helps explain the steps being taken to protect the shoreline and create marsh in areas that need to be rehabilitated. It also provides information on how the public can help in the effort to preserve lands within Rockefeller.

Because Rockefeller’s system of canals play such an important role in helping landowners to the north drain water after heavy rains or floods - drainage is an important characteristic of the Mermentau Basin -  the signage helps to explain the importance the refuge serves to many homes and businesses in areas of north Cameron and Vermilion Parish.

Before this project, there were few signs on the refuge marking the names of roadways, canals or water-control structures.

Rockefeller Wildlife Refuge is located along Hwy 82 in Cameron and Vermilion Parishes. For more information, go to https://www.wlf.louisiana.gov/page/rockefeller-wildlife-refuge.