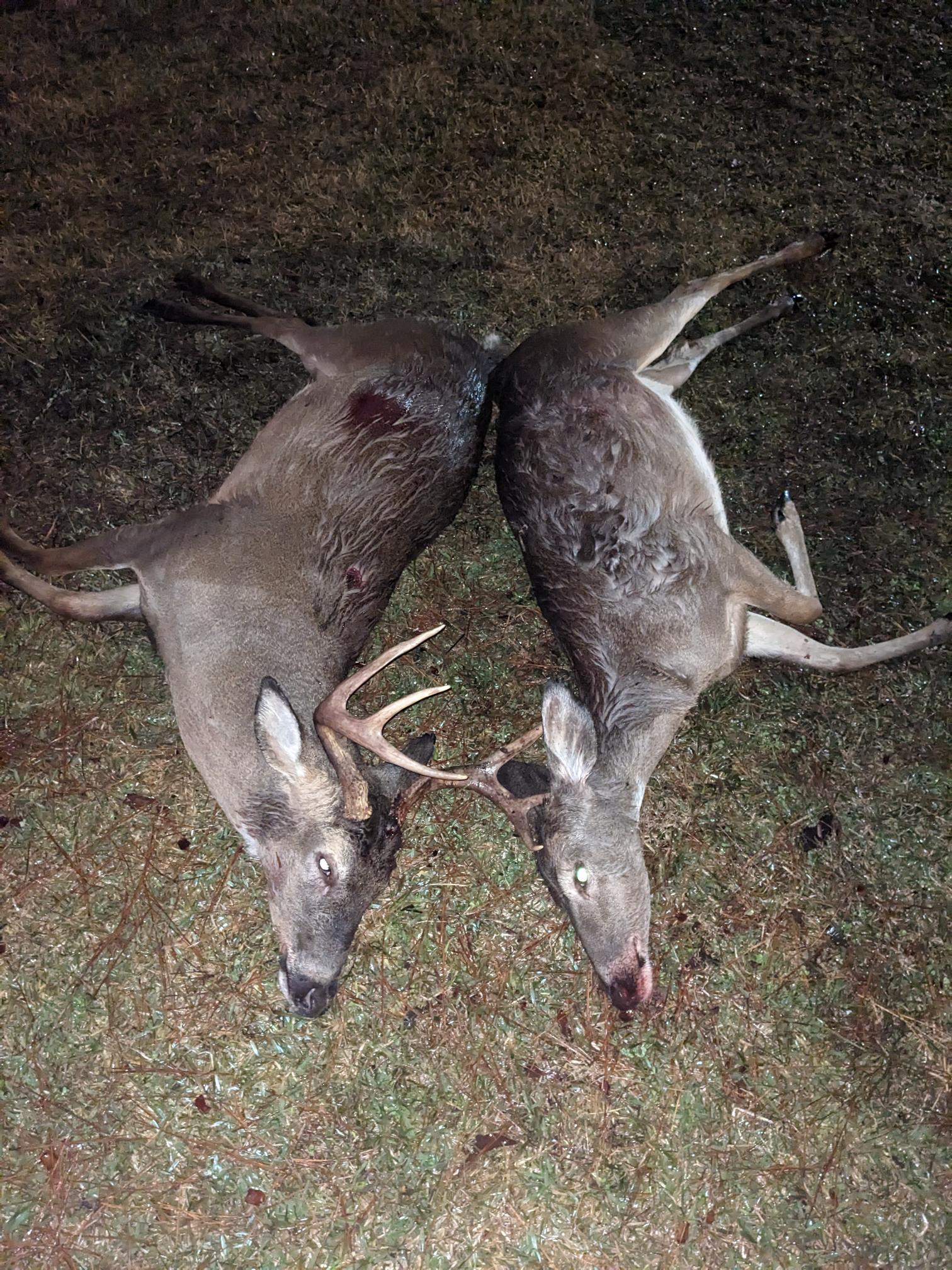 Senior Agent Nelson Kennerson was on Patrol in the town of Washington when he spotted a vessel returning to the Washington Boat Landing without running lights.  Senior Agent Kennerson made contact with Deville, who was operating the vessel, to conduct a boating safety check.

The agent observed a seven-point antlered deer and an antlerless deer in the vessel during the check.  The two men admitted to harvesting the deer on the Thistlethwaite WMA by accessing the WMA through Little Wauksha Bayou.

During questioning, the agent learned that Dodge harvested the antlered deer but did not tag the deer.  He also learned that Deville did not possess any hunting licenses and harvested the antlerless deer during an antlered only season on the Thistlethwaite WMA.  Deville was also found to be operating the vessel unregistered and had not transferred the registration within the allotted time.

Senior Agent Kennerson seized the two deer and donated them to a local charity.

Hunting without basic hunting and deer hunting licenses, taking an illegal deer carries a $500 to $750 fine and 150 to 30 days in jail.  Illegally entering a WMA and failing to tag deer brings up to a $350 fine for each offense.  Improper running lights on a vessel, failure to change vessel ownership, and operating an unregistered motor boat carry up to a $50 fine.

Deville and Dodge may each face civil restitution totaling $1,624 each for the possession value of their illegally taken deer.