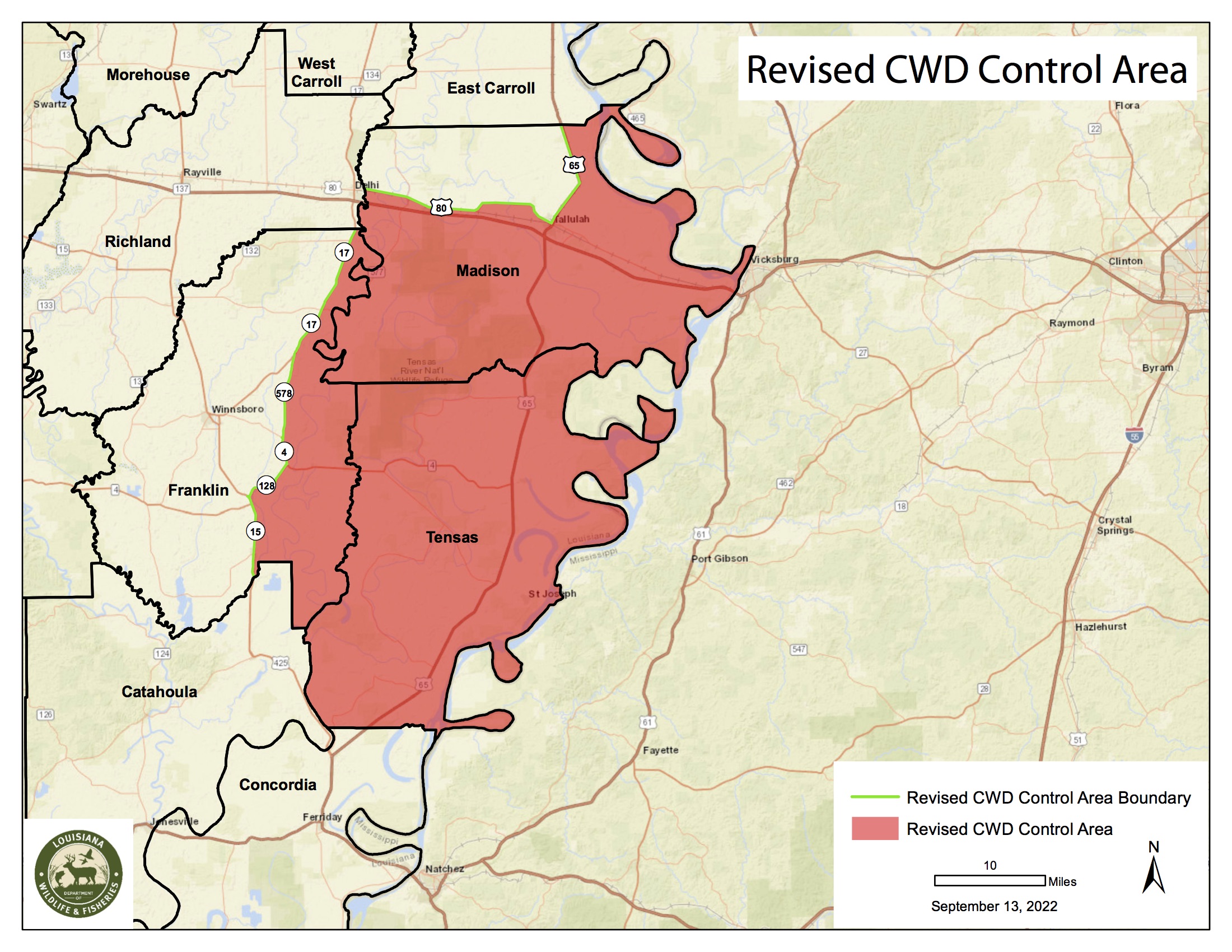 The National Veterinary Services Laboratory (NVSL) in Ames, Iowa, recently confirmed the second case of CWD detected in Tensas Parish. That deer, an adult buck, was harvested in December of 2022.

The five new presumptive positives were made from samples submitted by LDWF staff from hunter-harvested deer. LADDL will send new suspect positives to the NVSL for confirmation. That process can take several weeks.

Although CWD has not been shown to be contagious to humans, the Centers for Disease Control and the World Health Organization recommend against the human consumption of deer known to be infected with CWD.  Also, it is recommended that people hunting in areas known to harbor CWD-infected deer have their deer tested for the disease prior to consuming the animals. LDWF provides free testing for hunter-harvested deer.

The first CWD positive deer from Tensas Parish was confirmed on Jan. 28, 2022. Tensas Parish has been an area of heightened surveillance for CWD by the LDWF since a case of CWD was found in Issaquena County, Mississippi, in 2018.

CWD is a neurodegenerative disease of white-tailed deer and other members of the family Cervidae.  It is caused by a prion, an infectious, misfolded protein particle, and is 100-percent fatal in affected deer after an indeterminate incubation period. There is no treatment or preventative vaccine for CWD.

CWD-infected deer may exhibit signs of weight loss and emaciation, salivation, frequent drinking and urination, incoordination, circling, and lack of fear of people, and always results in death of the animal.

Hunters desiring to have their harvested deer tested for CWD should contact local LDWF field offices. In addition, seven CWD sample drop off locations are located within the CWD Control Area.

Testing is performed on the brainstem and lymph nodes of the head.  The head and five inches or more of the neck can be removed and refrigerated for submission to LDWF.  The skull plate and antlers can be removed prior to testing if desired.

The LDWF regional office contact information and locations are:

Detailed instructions and more information as well as CWD sample drop-off locations for the CWD Control Area can be found at https://www.wlf.louisiana.gov/page/cwd-testing.