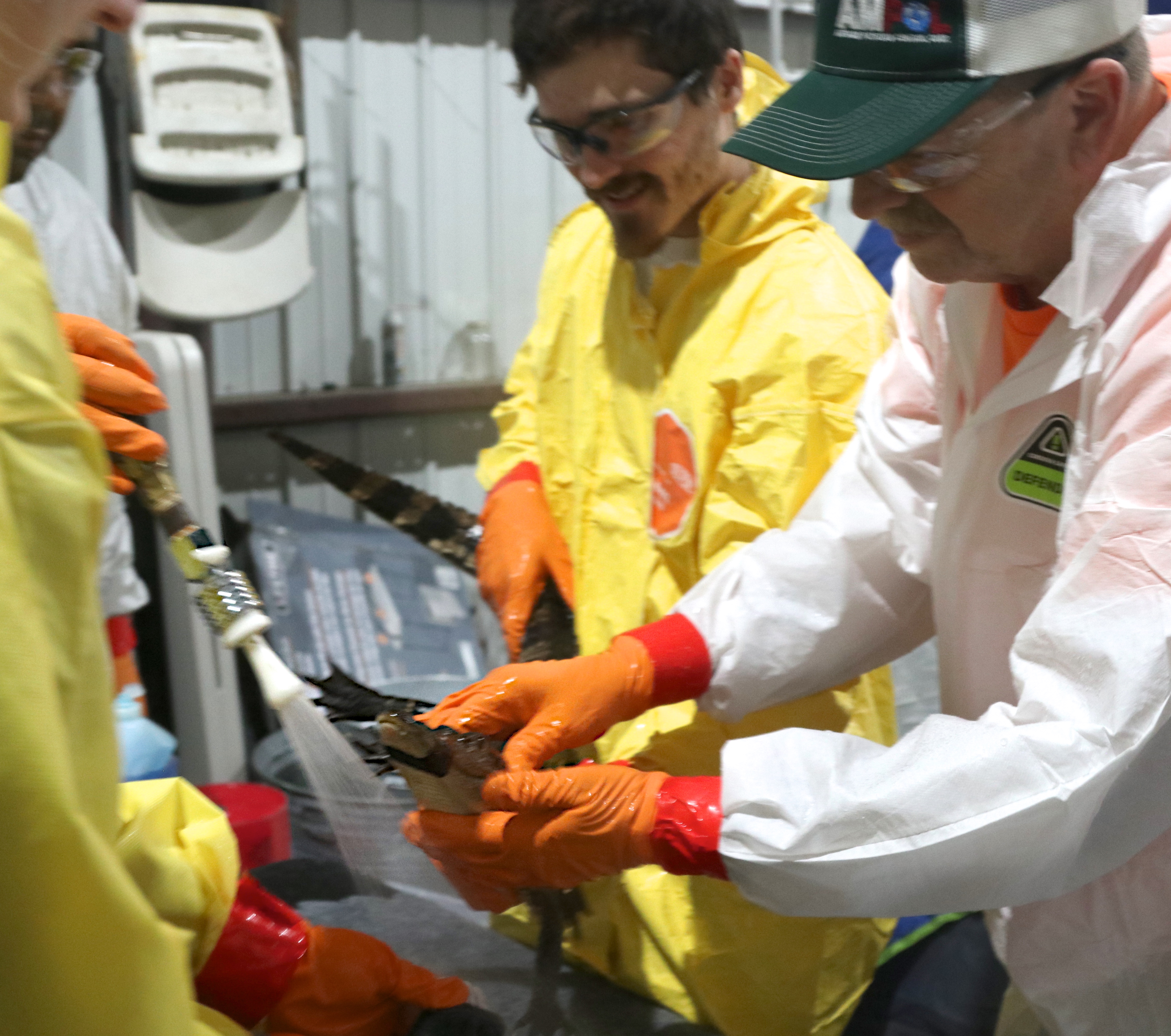 The Louisiana Department of Wildlife and Fisheries (LDWF) oil spill response team continues to collect and document impacted wildlife from a Dec. 27 diesel fuel spill near a levee in St. Bernard Parish, east of New Orleans.

There have been 169 live animals documented and captured for rehabilitation. LDWF has released 63 animals back into the wild, including 38 alligators. LDWF has documented that 2,523 fish and 96 animals were killed in the spill.

LDWF response personnel have been on-scene daily since Dec. 28. The spill consisted of about 315,000 gallons of diesel fuel into two ponds.

Field team personnel have worked closely with PBF Energy, Collins Pipeline and clean-up personnel to ensure that all wildlife and fisheries resources were adequately addressed. These measures include the following:

Wildlife Response Services (WRS) was brought in to establish and implement wildlife rehabilitation operations on Dec. 28. A wildlife rehabilitation center was set-up near the spill site on Dec. 29. All animals brought in by response personnel are given an intake exam. The exam allows response personnel to determine the animal’s overall condition and what the individual treatment plan needs to include.

Alligators make up the largest group of wildlife collected thus far. The alligators range from hatchlings to one 6-foot alligator. No alligators larger than 6 feet have been admitted into the rehabilitation center at this time.

Here is a summary of the impacted wildlife:

For video, interviews and photos, go to https://ldwf.canto.com/v/collinspipelinespill.