Rabbit Island Restoration Project to Begin in Fall of 2020; Aims to Restore 87 Acres to Island’s Footprint 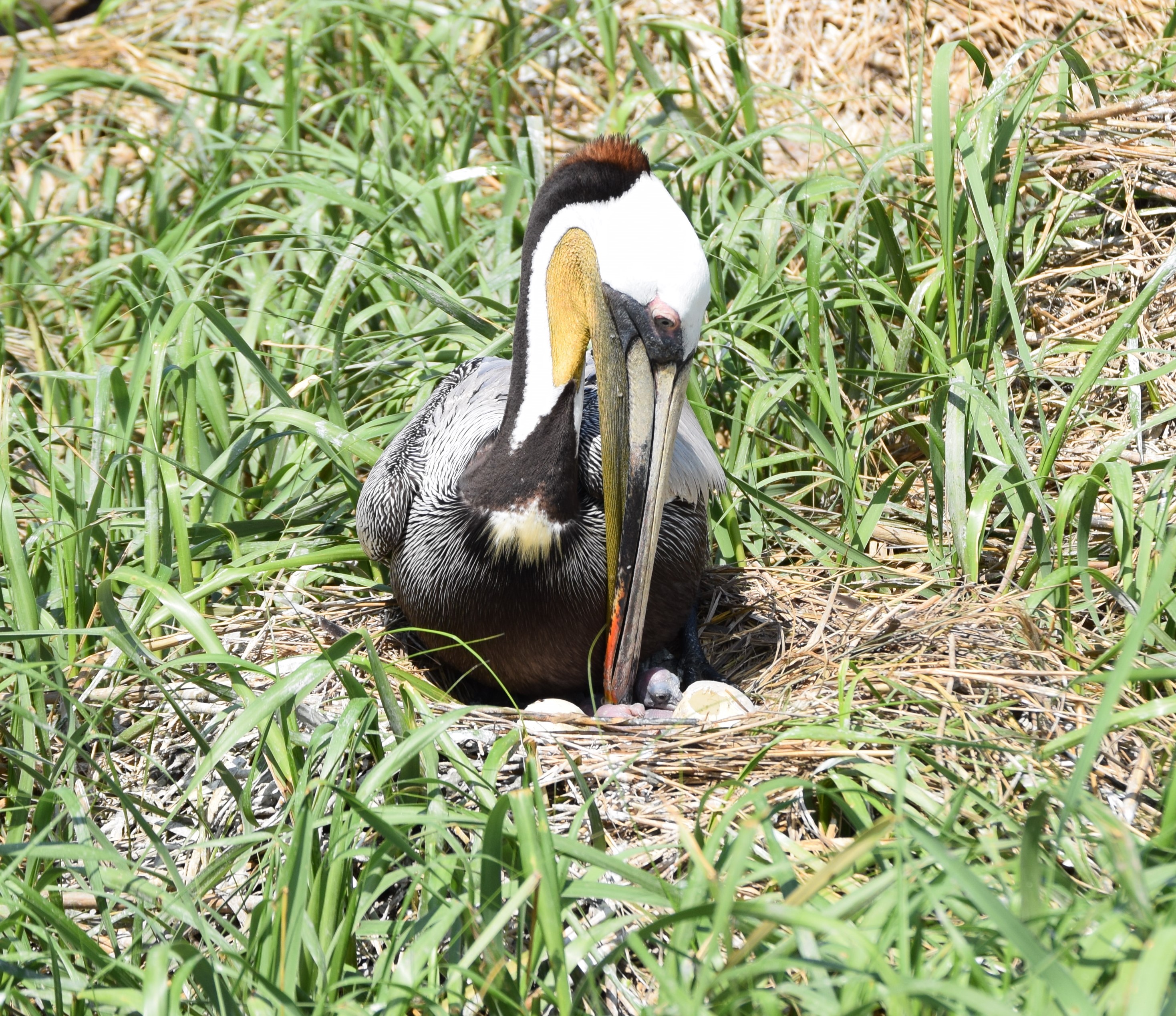 Located in the west cove of Calcasieu Lake in Cameron Parish, Rabbit Island is a vital nesting colony for many birds, including the brown pelican. Nesting season is well under way on the island and will last through August.

The good news is there could be even more nesting area for brown pelicans and other species of birds in 2021. Restoration of the island is scheduled to begin this fall to improve the island’s deteriorating nesting habitat. The project will restore approximately 87 acres of the island’s original 200-acre footprint.

The Louisiana Department of Wildlife and Fisheries (LDWF), Louisiana’s Coastal Protection and Restoration Authority (CPRA), and the Department of the Interior (DOI) are heading the project, which is funded by settlement dollars from the BP Oil Spill. Louisiana will receive $5 billion in natural resource damage money from the settlement and about $220 million of that is specifically for bird restoration projects such as on Rabbit Island.

Nesting success on Rabbit Island is generally very poor due to routine tidal inundation of nests. As the island continues to subside and deteriorate, birds will likely abandon the island in the near future without any actions to restore it. Rabbit Island has subsided to a point where the highest elevations of the island are no longer above very high tides that have become common in the area. However, the restoration project planned to begin construction this fall is right on time to create high quality nesting habitat for these birds long into the future.

The island is centrally located along the Chenier Plain, about one mile from the southwestern shore of Calcasieu Lake and two miles west of the Calcasieu ship channel. Wind-generated waves in the shallow estuary, coupled with periodic high tides that are amplified by the ship channel, have slowly eroded Rabbit Island. Since 1955, the island has lost 89 acres of landmass or 35 percent of its area.

This project will utilize dredged sediment from the Calcasieu Ship Channel to increase the elevation of the island on its current footprint of approximately 200 acres. The restored island’s increased elevation will increase the abundance and quality of nesting habitat for a number of colonial nesting waterbirds including six birds designated as species of greatest conservation need in Louisiana.

For more information on the Rabbit Island project, go to https://www.gulfspillrestoration.noaa.gov/project?id=84.

For photos of Rabbit Island and the current nesting season, go to