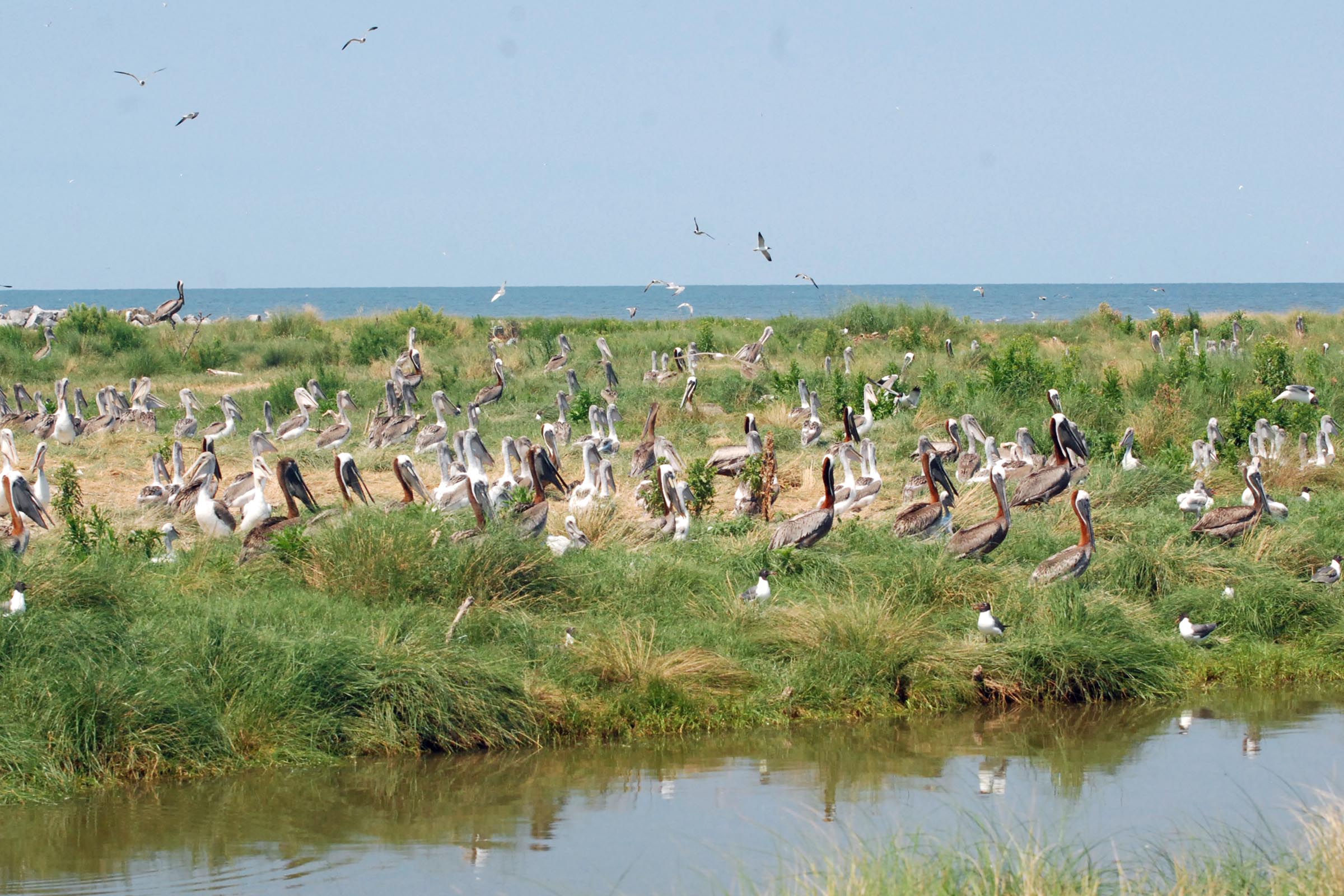 Raccoon Island is among the state’s top nesting colonies for the brown pelican and other waterbirds. It is part of the Isle Dernieres Barrier Islands Refuge, which consists of four barrier islands in the Isles Dernieres chain, including Wine, Trinity/East, Whiskey and Raccoon Islands and several thousand acres of associated water.

There was some mortality of chicks and dispersal of eggs noted soon after the storm. But bird populations were high on a survey trip conducted June 16.

Dobbs said long-legged wading birds, including great egret, black-crowned night-heron, and other species, seemed to be in good numbers. Royal and sandwich terns also appeared to be in good shape, having reproduced successfully and young birds having survived the storm.

The Isle Dernieres Barrier Islands Refuge provides crucial protection from erosion and hurricane damage to the mainland north of the islands. These barrier islands have sustained significant erosion from wave energy, hurricanes and tropical storms through the years. There have been multiple projects to rebuild and protect these islands over the last three decades.

One of LDWF’s primary management goals for this refuge is to provide and protect habitat for nesting waterbirds. LDWF monitors bird activities and habitat conditions on all of the islands.

To see photos and videos from Raccoon Island, go to https://ldwf.canto.com/v/raccoonislandcristobal/allfiles?viewIndex=0 or https://spark.adobe.com/video/A3t81JTCX2TAK to see a video slide show.