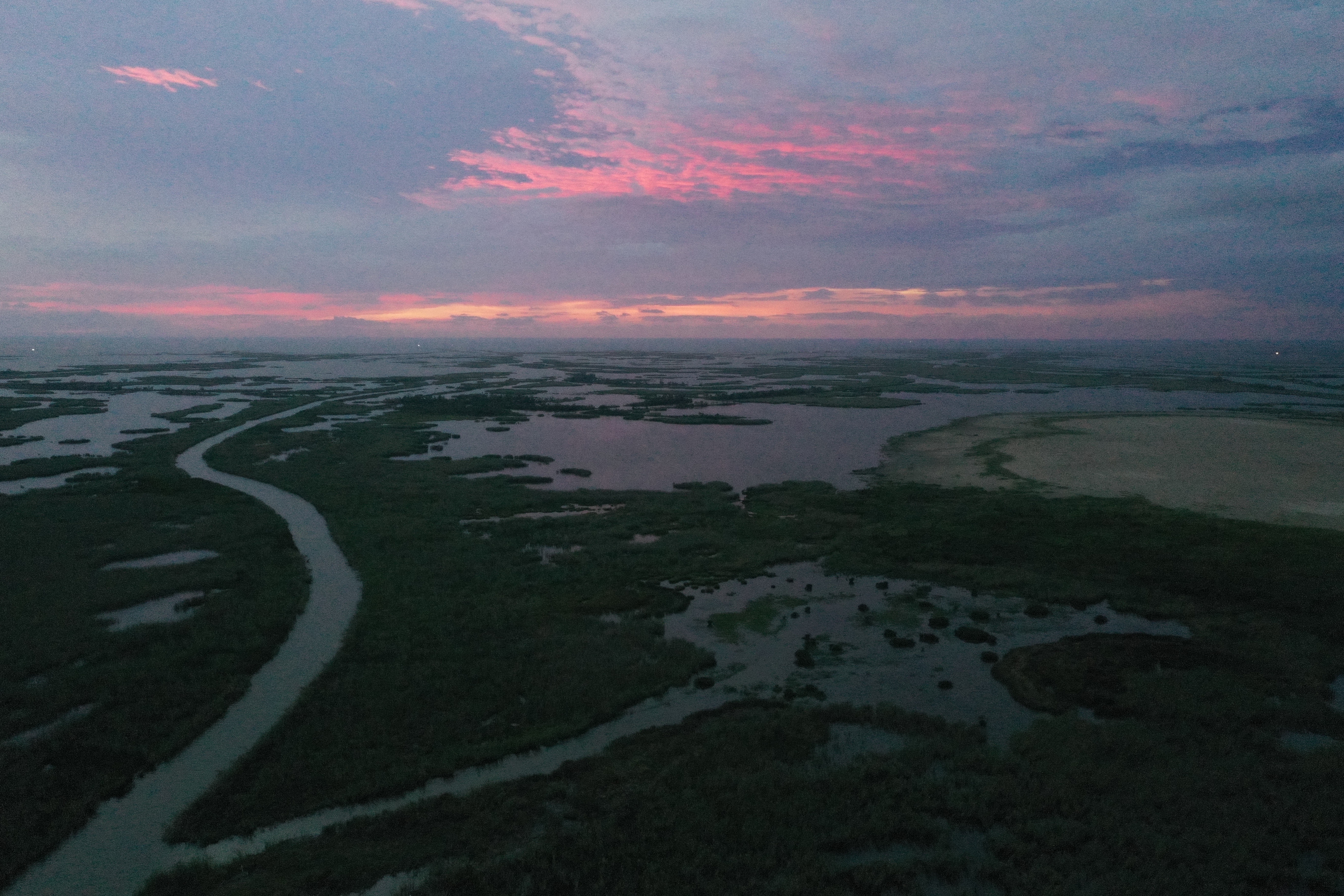 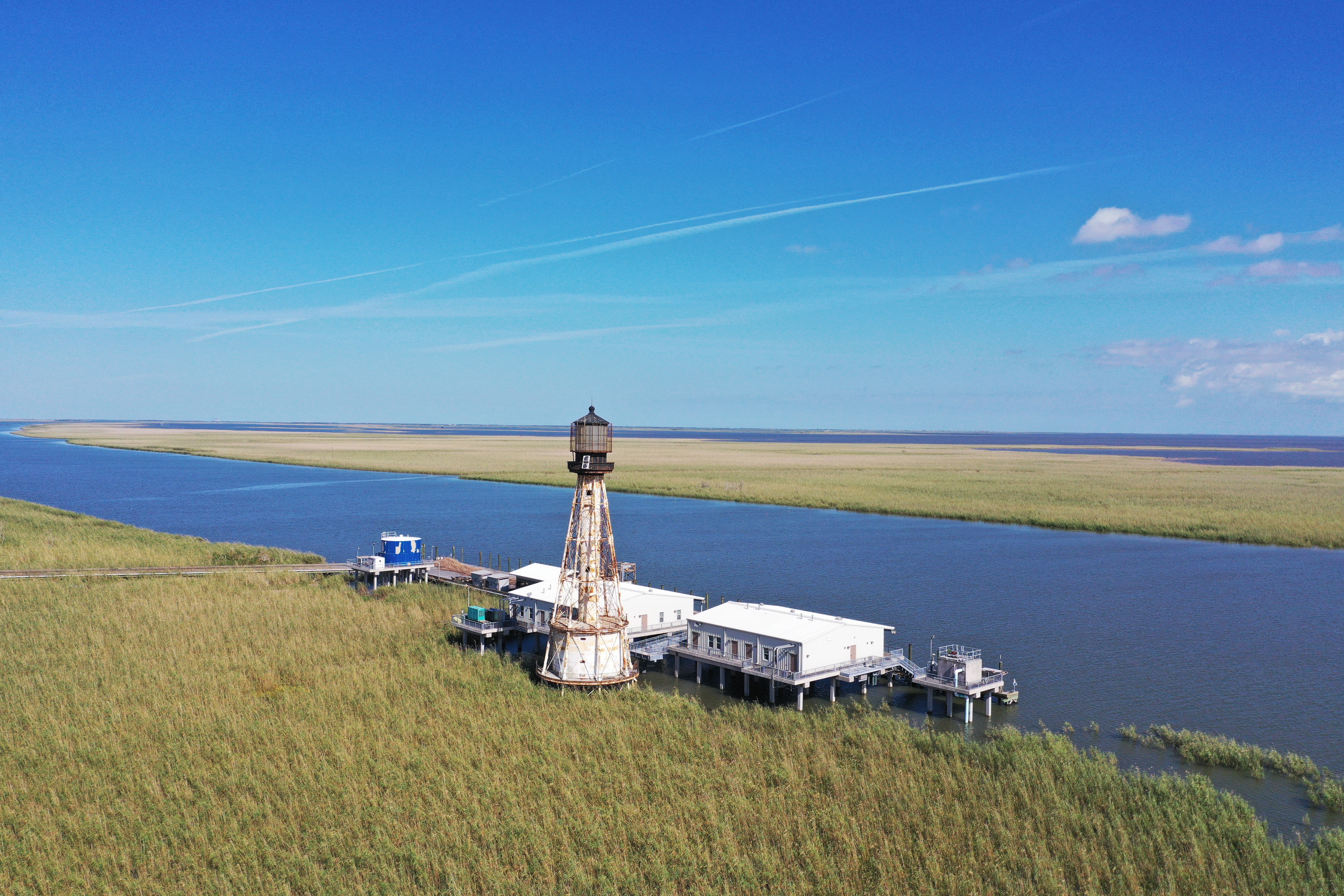 Getting there is difficult, but leaving perhaps more so. Pass-a-Loutre Wildlife Management Area (WMA) is a unique WMA in the inventory of Louisiana Department of Wildlife and Fisheries (LDWF) properties.

Located at the mouth of the Mississippi River in extreme southern Plaquemines Parish, Pass-a-Loutre is part of the Mississippi River delta, one of the largest active river deltas in the world and the biggest in the nation. The WMA is host to a high diversity of fisheries, ranging from freshwater, estuarine and pelagic fisheries. It is also among the most productive habitats for wildlife.

The name Pass-a-Loutre is a colorful reminder of the French influence on the region and of the early settlement of Louisiana. Pass-a-Loutre means Pass of the Otter. This translation is also a reminder of Louisiana’s fur trade that was of national importance in the 18th and 19th centuries.

“It’s as unique a WMA as there is, not only in our state but throughout the nation,’’ LDWF Secretary Jack Montoucet said. “I could talk for hours about the diversity of wildlife and fish seen here. About the research we’ve done and the projects to create land from the sediment of the Mississippi River. But what is so captivating is the beauty and solitude of this WMA. It’s as if you’ve disappeared into another place.’’

The only access to the WMA, which is 12 miles from the nearest road, is by air or water. That usually means traversing the Mississippi River, which involves negotiating international ship traffic and large domestic supply vessels in combination with occasional hazardous conditions such as rough water and dense fog.

While getting there can be a challenge, it’s one of the reasons why Pass-A-Loutre is so extraordinary. The unique habitats the WMA provides attract a variety of wildlife and fish species.

For the avid sportsman, few places can provide the abundance and diversity of game to pursue. It is common on this piece of the Sportsman’s Paradise for hunters to harvest a limit of ducks as it is the terminal end of the Mississippi Flyway and winters several hundred thousand waterfowl annually. You can even bag larger game such as deer or feral hogs.

Pass-a-Loutre WMA hosts between 40,000-60,000 recreational users each year. There is an impressive number of out-of-state users, making up to 35% of the annual recreational visitation. Recreational utilization combined with the demands of the navigational industry, oil and gas production, commercial fisheries, and restoration interests creates competing interests for the utilization of the land and waterways on the WMA. Area staff carefully calculate each demand to be mutually beneficial or to create the least amount of disruption to the other competing interests.

Management of Pass-a-Loutre continues to focus on some of the same principles on which it was founded — to provide optimal habitat for wintering waterfowl. In 1921, the Louisiana Legislature designated Pass-a-Loutre as a state shooting ground managed primarily for wintering waterfowl. This establishment of public land to be managed for public hunting was one of the first of its kind in the nation.

Current waterfowl management practices include chemical treatment of noxious vegetative species and implementation of restoration projects. Restoration projects on the WMA are designed to place dredge spoil at desired elevations to promote the growth of targeted vegetative species such as delta duck potato, freshwater three-square and wild millet, and preferred waterfowl food sources.

Other important projects seek to increase the input of fresh sediment-laden riverine waters into shallow water areas to promote land building and vegetative growth of emergent species, plants that are taller than surrounding vegetation, and desired submergent, or partially submerged species such as pondweeds, milfoil and coontail.

For interview, photos and video, go to https://ldwf.canto.com/v/pal100year/.